Armageddon Guide writer, Valli Louise Dennis Schieltz, passed away on the morning of June 29, 2015. Cancer finally took her life. She was 64 years old. While her passing is very sad, Valli’s Web site will be maintained as a tribute to her life. Her books are available for purchase.

I originally published this site, Armageddon Guide, to feature my book – A Pocket Guide to Surviving Armageddon. It details the skills needed for survival. Since that time, I have written a tell all book about my time as a nun titled Valli’s Valley. Here’s a little background. 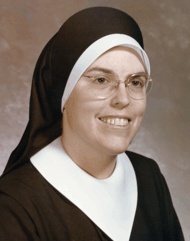 On a crisp, clear day on March 3, 1951, at Tampa Memorial Hospital at 12:27 P.M., a little girl announced with her wails that she entered this world. Her road would be a rocky one fraught with roses and thorns. Of my childhood, I really do not remember much except that in our early days my brother and I were really close. Then as we both got older, we went our separate ways. I do remember the one bright spot in our lives was Christmas. We seemed to believe in Santa a little longer than the average child back then as we gazed in wonderment as to how all those presents found their way under our beautifully decorated tree.

I grew up having an alcoholic father, so that may tell you a little about what I had to endure. When people get drunk they either get slap happy or they try to show with their anger and rage who is boss. 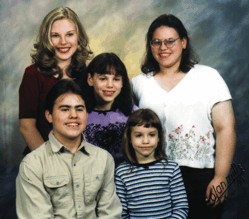 My father took Glenn (my brother) as his favorite while I was on his black list. Because of her devotion, my mother tried to keep the family together for our sakes, but that is really not a way to live. When it got to be too much, my mom sought to get a legal separation so she would be able to take us back to New Jersey, her mother’s home state. However, quite suddenly, my father died of a heart attack.

After graduation from high school in 1969, my path led me to Missouri where I entered a Carmelite Monastery and stayed there for two years. From there I went to Connecticut and entered a newly formed religious order, a branch of Sisters of Charity. I have so many stories I could tell you, that for some, it would make your head swim! Would you believe I was kicked out in 1980, because I became too much of a liability for them. Long story. Afterwards, I took up my life again and began taking classes at the College of Charleston.

I picked up a copy of the Catholic Digest o 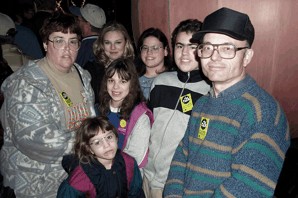 ne day and saw an ad for a Catholic mail order dating service. Most noteworthy, I looked over a list of guys and wrote to some, but one ad particularly caught my eye. It read, “…looking for ex-nuns or postulants….” I thought to myself, “What kind of nut could put something like that in here!” Well, curiosity caught the cat! I met the man and actually married him. We have been married close to thirty years now. God never promised us a rose garden, but we did vow to Him our commitment.

At this time, our family of four young women and one young gentleman has all flown from the nest. I have had my boughts with depression and anxiety for quite a long time. That would be another book in itself! I now work mainly on the Internet trying to make some extra spending money. For over three years, I have written for various Internet companies, many of which have gone by the wayside. One mainstay I have been writing for all this time has been Need-An-Article.

I have made some wonderful friendships by writing for this site. That’s just a little about me. I hope that you enjoy the Armageddon Guide. It highlights the skills needed for survival and the equipment you might need. Most of all, I wrote it to challenge your thoughts on a timely and challenging topic. Don’t be caught off guard! The book has a surprise ending. Check out my book:

A Pocket Guide to Surviving Armageddon.

Net proceeds from sales going to the designer of this product will be used to sponsor fundraising events for the Freedom Reigns Memorial, a living memorial honoring the military men and women who paid, and yet will pay, the ultimate price for freedom in the war on terrorism.

This Armageddon Guide has an ending that is quite unexpected. Remember Valli by getting a copy of her book.